The rise of decentralized autonomous organizations has gradually returned the crypto economy to the essence of blockchain, returned governance to the community, and promoted a new revolution of community autonomy for blockchain projects. DAO organizations have emerged, major organizations have laid out DAO economy, and community autonomy will lead the future digital economy. Under this opportunity, DAOLauncher has rapidly exploded in the world and occupied the eyeballs of the crypto world upon its launch.   DAO Launcher, as a community that has laid out the blockchain track for many years aspiring to decentralized autonomy, leads the blockchain industry in continuous innovation and development.   DAOLauncher is an application tool for quality blockchain project projects to build DAO. Its technical and operation team comes from the early core participants of DAOLauncher, early participants of Bitcoin, cryptogeeks and elite talents from fintech companies. DAOLauncher is managed by DAO, which encodes the management and operation rules on the blockchain in the form of smart contracts, and all fans can vote on the operation of DAOLauncher, and completes the community drive through system incentives to empower quality blockchain projects.

DAOLauncher gathers the power of all fans and establishes a diversified DAPP ecosystem covering DAO, IDO platform, NFT blind box system, NFT system and OTC system. Relying on this huge ecosystem of DAOLauncher, DAOLauncher can generate strong economic centripetal force, truly realize the intrinsic value of the project, fully empower the projects entering DAOLauncher and help them take off.   Why choose DAO LAUNCHER?   DAOLauncher is unique in creating a participant deflation mechanism. Users participating in the project can continuously and rapidly expand their resources and get promoted from others, achieving a breakthrough in all network economic models in the existing market, where everyone is the beginning and everyone is the source.   Innovative fission mechanism. According to the mechanism set by itself, it can bring a large number of users and a high Token turnover rate, while every fan in DAOLAUNCHER can accumulate Tokens to gain revenue through the platform.   DAOLauncher Eco-Economic Passes   The total number of DLCs issued is 2.1 million, of which 2% are deflated through transfer transactions, and the rest are floated through DLC premium rate output, and the output is floated for a more robust and stable ecological value. At the same time, DLC Token will all be used in DAO Launcher Dapp decentralized platform, the data on the chain is traceable, 100% transparent, the issuance mechanism is fair and impartial, and no one has special rights. The platform will also enrich the user's experience through token rewards, and the token DLC will be continuously deflated, continuously scarce and steadily increasing in value in consumption and destruction. 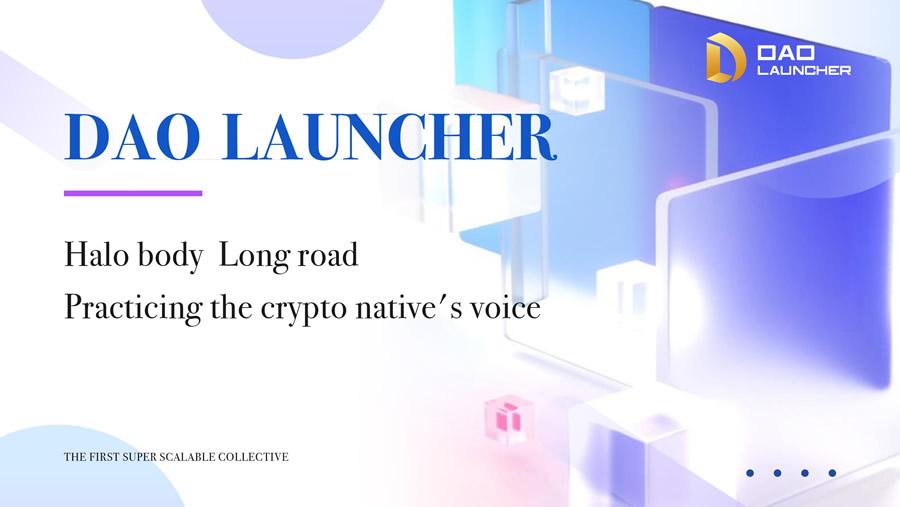 DAOLauncher benefits are coming   For users holding DLC TOKEN, according to the proportion of holdings airdrop on the shelves of DAOLAUNCHER's projects as well as according to the proportion of the prize pool fund dividend income, whitelisted users can also participate in the early stages of the top projects.   In order to return the trust of early users, DAOLAUNCHER also conducts airdrop activities, respectively, to the active community, promoters and builders airdrop, as early coin-holding users, in the future with a hundred times or even thousands of times the imagination, but also many communities are scrambling for the reason, in the early accumulation of enough chips, the future in DAOLAUNCHER to have more than enough right to speak.   DAOLAUNCHER has established many local communities around the world, with more than 50,000 users, with a large number of enthusiastic supporters and seed users, the community atmosphere is exceptionally hot, DAOLAUNCHER adhere to the fans as the focus, through the fans to build a perfect cycle system, the community autonomy spirit to the extreme.   Missed NFT, do you want to miss DAO organization hot DAOLAUNCHER now? I believe that in the near future, DAOLAUNCHER will lead the DAO economy and continue to create wealth myths!

FILW was formally established as an IPFS governance layer pass token, Get support from community nodes such as FIL WORLD

The City of Freedom is Opened, and the Free DAO Meta Universe Will Be the Key to Unlock

What Was The Ultimate Top Signal For Bitcoin? Market Digest With Scott Melker