According to the official news, on September 21, 2020, MetaTrads announced that it has received strategic funding from famous international investment institutions such as HashKey Capital, Nascent, Paradigm, Robot Ventures Capital, Ethereal, Figment, GoldenTree Asset Management , Hack VC and other strategic financing. The amount of financing reached $15 million. 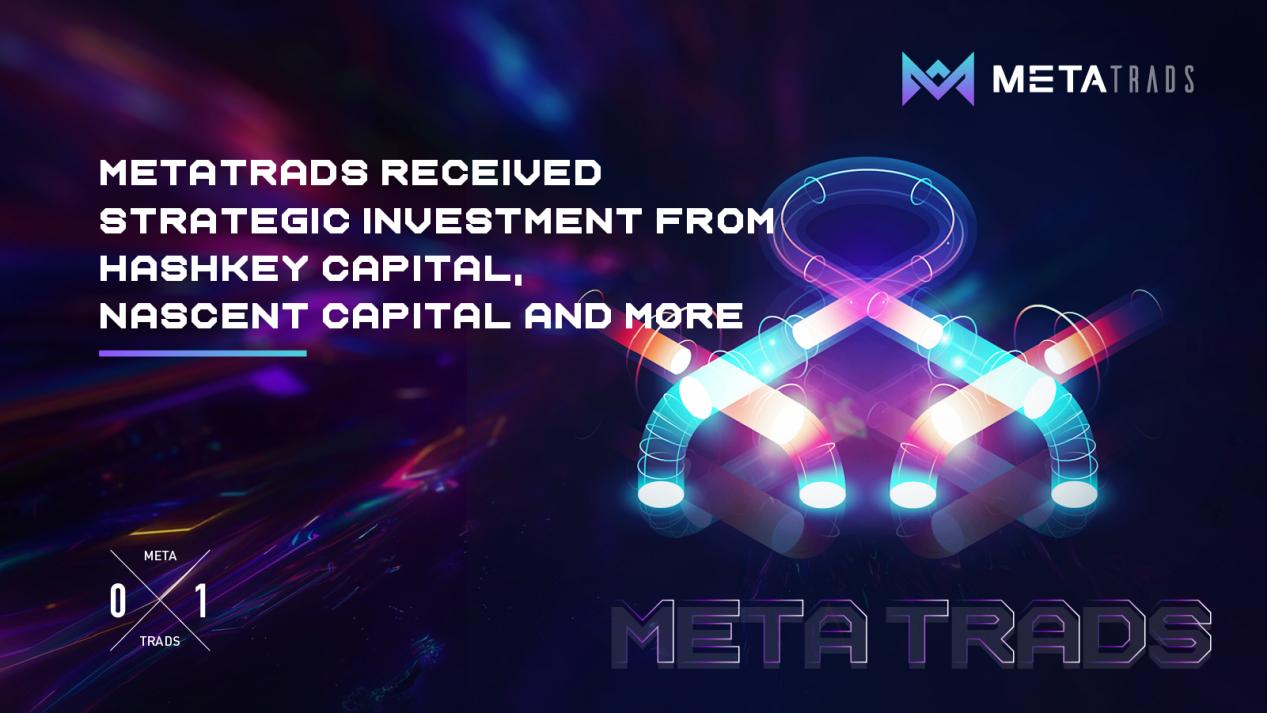 It is understood that MetaTrads aims to facilitate automatic exchange transactions between chain assets and digital assets such as mainstream coins, and any individual user is free to deposit tokens for exchange and can withdraw them freely. MetaTrads nodes can earn stable node rewards under all economic conditions by virtue of transaction fees and seigniorage, and MetaTrads aims to build a highly decentralized financial infrastructure.

This year, the blockchain game boom has been on the rise. In the view of MetaTrads team, traditional exchanges are often characterized by centralization, which on the one hand play the role of information intermediary, solving the information asymmetry problem to a certain extent, transmitting transaction information, matching transaction objects and facilitating transaction realization; On the other hand, it may use its status of information gathering to monopolize and manipulate transactions, create new information asymmetry in favor of the platform itself, and even harm the legitimate interests of customers. For centralized exchanges, they can rely on guaranteed revenues such as listing fees and commissions regardless of the market conditions.

MetaTrads team believes that with the maturity of technology, especially blockchain technology, and its application on the ground, the era of blockchain game asset trading platform has come. As a new type of trading platform operation, blockchain game asset trading platform fully utilizes the decentralized feature of blockchain technology to construct a point-to-point trust mechanism and realize point-to-point transactions without intermediate intervention and interference, and without middlemen to earn the difference. All transaction links are on the chain, and all transaction operations are directly executed by open source smart contracts. Users themselves completely dominate their own funds, and as long as they hold the private key, they do not have to worry about property security, which solves the problem of user asset security and human intervention.

And HashKey Capital and Nascent Capital are internationally famous investment institutions, which we can often see in the blockchain field in recent years, and they have successfully invested in several blockchain projects, such as Instagram, Skype, Twitter and blockchain field dYdX, compound, makerdao, Uniswap, CoinList, Cyclos, etc. The investment in MetaTrads is not only a positive view of the future development prospects of decentralized exchanges, but also a recognition of MetaTrads project.As early as 2019, Mr. Mack Flavelle noticed the development prospects of GameFi. In the early stage of GameFi's development, he planned to prepare the MetaTrads blockchain game asset trading platform. It was realized this year and received strong support from the Mojaloop Foundation of the United States. This time, it received US$15 million investment from HashKey Capital, Nascent, Paradigm, Robot Ventures, Ethereal, Figment, GoldenTree Asset Management, Hack VC and many other institutions. This will provide strong financial support for the development of MetaTrads.

At present, MetaTrads is in the development stage and has already started the global developer co-creation program, so let's look forward to this amazing masterpiece of MetaTrads together.