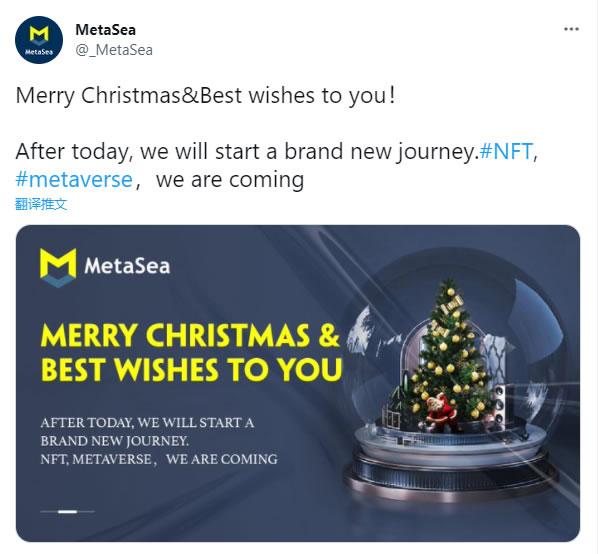 According to the introduction, prior to this, Metasea has received a joint investment of $30 million from many international capitals such as MetaSea Foundation of Canada, A16z, DHVC, LD Capital, AU21 Capital, Consensus Lab, DCG, etc., and it is confirmed that it will be launched in the near future, and several communities around the world have already announced that they will set up a dedicated Metasea community to support the development of Metasea.

Metasea is the world's first multi-chain aggregated NFT digital trading platform, aiming to build a meta-universe infrastructure, promote the NFT revolution, build an open digital economy, and build an efficient, open and interoperable platform through on-chain smart contracts, cross-chain and other technologies. metasea supports multiple blockchains, has the widest range of emerging digital commodity categories, and provides NFT casting, promotion, and trading and many other services. As an open platform, Metasea will be the center of this evolving industry, building an NFT digital trading platform for buyers, sellers and creators that is easy to cast, open for trading, safe and secure, enabling a vibrant new economy where consumers can freely trade their items, creators can launch new digital works, and traders can create a rich integrated marketplace for their digital items to create a rich and integrated marketplace.

At the same time, MetaSea adheres to the governance concept of DAO, hoping to build an open, free and prosperous "The Republic" for all users, just like Atlantis, so it launched the "Temple of Poseidon" "Code of Law" "The Republic" as the prototype of the three NFT rights cards, by giving NFT cards rights, the way to build the DAO governance system, users holding specific NFT cards can not only open the blind box, free trade, exchange airdrops, but also You can get the platform fee dividends and governance voting rights, participate in the platform governance, enjoy the platform rights and interests. At the same time, each NFT card has a value behind it, as well as the collection value of artwork. 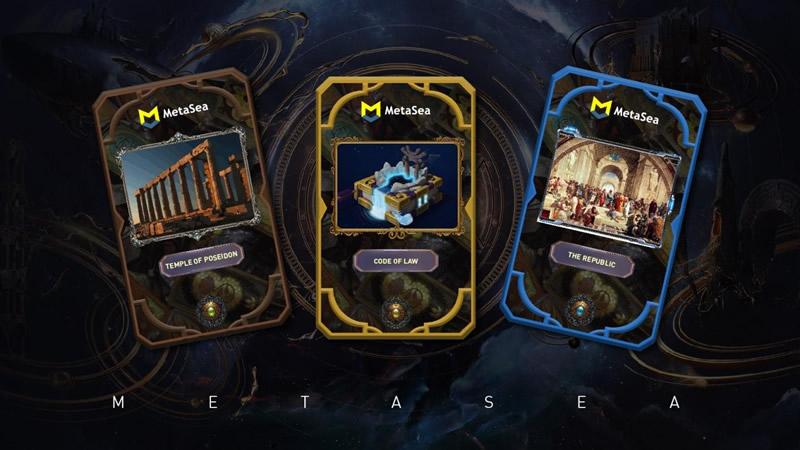 Since the birth of CryptoKitties in 2017, the NFT market has been growing rapidly, and 2021 is even called the first year of NFT, ushering in the climax of development, with more and more companies starting to layout the NFT market, and NFT also starting to explore the combination with new concepts such as DEFI and metaverse, showing new development opportunities. In the future, in the Web3 network society, NFT will continue to awaken the market's pursuit of the intrinsic value of scarcity and ownership, allowing people to re-examine what is "user-created value".

Swarm/NBZZ main network is officially online, the era of universal mining is coming!

Swarm main network will be launched soon, the future value is immeasurable!

Swarm/Nbzz main network will be officially launched on September 25