Recently, the trend of global chain travel has declined sharply, and the governance tokens of platforms such as waxp and spacecraft once fell below 100%. If you look at the situation of chain travel, you will also find some clues. The lack of rear drive is a major criticism of chain travel. Farmers World may have found these problems, but due to market factors, everything changed too fast and did not have time to adjust in time. The internal team also fell apart and found another way out. Opened up a Farmers World2 Version 0 – Twin farms Twit Farms is the first farm game upgraded and run on the basis of the released chain game. It is also one of the fastest-growing NFT games. Farmers in Twit Farms can plant gold and NTFS in the game only by mining and playing games. Choose suitable tools for yourself, develop various resources, buy land to build huge farms, and enjoy the charming experience of Farmers working in the ecosystem of the Farmers World. Players use the tools in the game to create their own unique Farmers World. As a new golden chain game, how should players get benefits? Let’s share with you the economic model of the game “twist farms”. The following contents of this article are only shared as game content and do not constitute any investment suggestions. 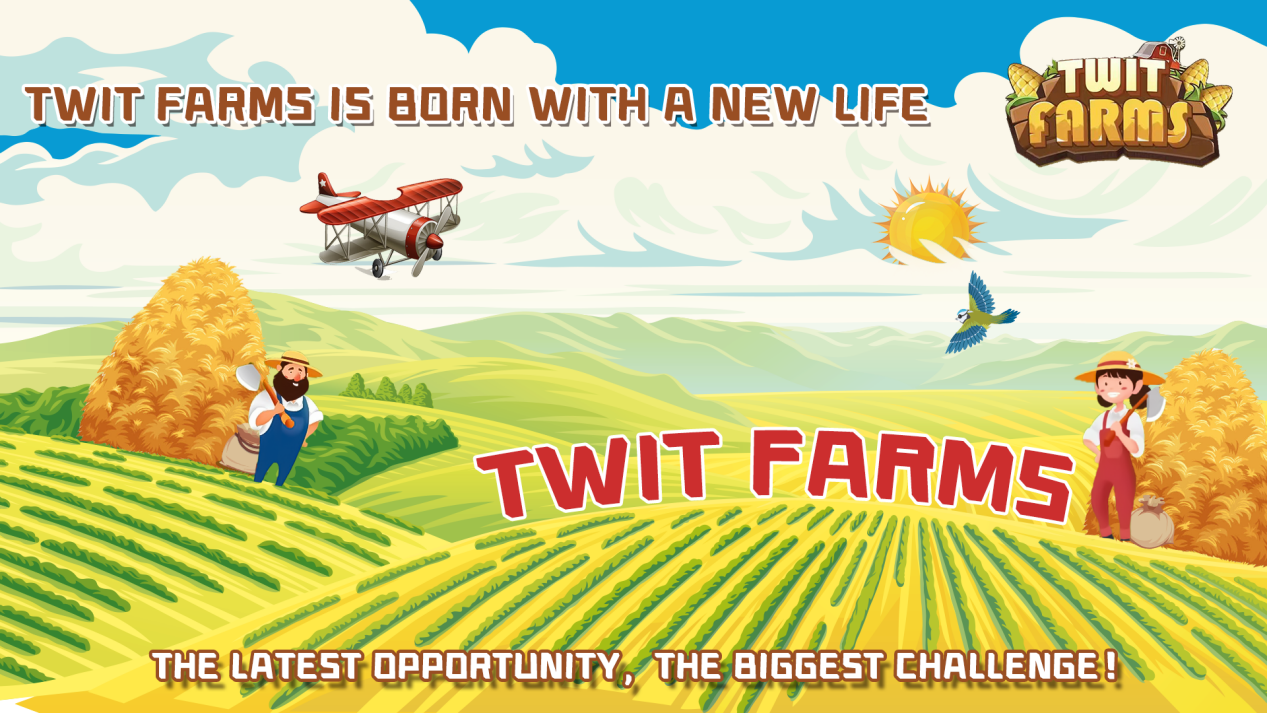 We can clearly know that different types of materials have different uses in the game. At least we can see:

1. In the early days, wood used a large amount of wood: wood and gold coins were necessary materials for synthetic equipment, but the amount of wood was six times that of gold coins. At least one piece of equipment is required to play the game, and the price of equipment sold on the market is often more expensive than the synthetic price, and the quantity sold is relatively small.

2. In the early, middle and late stages, gold coins were used in a large amount: gold coins were widely used (first, as synthetic materials, and second, for repairing equipment). Even foreigners said a classic saying: gold is king – gold coins are king!

3. What about food? The first thing to say is that digging food equipment does not consume people’s physical strength, which is his greatest advantage. In addition, the existence of food as a consumable is not much worse. When everyone was chasing gold coins and wood, the supply of food was far lower than the consumption. Generally speaking, Xiaobian believes that the economic model of twin farms has been optimized and upgraded on the basis of Farmers World, and players will have more opportunities to earn income. In terms of market activity, the activity plan was optimized and a series of market incentive measures such as blind box were set to solve the pain point of insufficient drive after chain travel. The game has been continuously optimized on the basis of picture production, but the part related to the future development direction of the game has not been reflected at present. We can only look forward to another big surprise from the follow-up Twit Farms. However, it is worth noting that Twit Farms is only in its infancy. It is the first blind box to be released. Its future potential is immeasurable. The opportunities retained by the game are far from comparable to Farmers World. All resources are still unexplored and waiting for players to explore.

There are hundreds of thousands of rare props. Such opportunities are not available. What Xiaobian can tell you is that the speed of return depends on the purchased tools, market trend, players’ mining strategy and players’ grinding degree of the game. Through the investigation, Xiaobian believes that generally, you can get back the capital in about 20 days (varying with the token price). It is certain that as an upgraded version of Farmers World, Twit Farms has far more potential than a chainsaw, and all rare resources are waiting for players to explore.

For the field of chain games, the earlier you enter, the greater the opportunity to make money. It is recommended that players enter as soon as possible if they want to make money. Players should also treat it rationally and reduce investment risks. The playability of the game is very high, but as a chain game, the investment and transaction of players still affect the market trend. It is hoped that the internal market can be stabilized and developed gradually with the entry of players.