The development of gamefi is reflected in the emergence of all kinds of chain games with complete, free and independent economic systems. Among them, the most famous is axie infinity, whose one-day income has already exceeded the king's glory. Chain game players can realize considerable economic income through their play and earn mode. At present, the world chain game market has fallen sharply, and the governance tokens of waxp, spacecraft and other platforms once fell below 100%. The general situation is very depressed. The reason is that the market is overheated, all kinds of chain games emerge one after another, and the quality level is uneven. This also determines that the current noise is bound to usher in a wave of substantial adjustment. Once the market enters the adjustment, The decline of currency price and in-game asset value will greatly test the overall in-game economy. Under such a gloomy adversity background, PVZ went against the current and announced its official entry into the field of meta universe chain gameism, and even known as the most promising finale masterpiece of 2021. What is the difference. Today, Xiaobian will take you to learn more about this chain game known as the final axis of the year - PVZ. 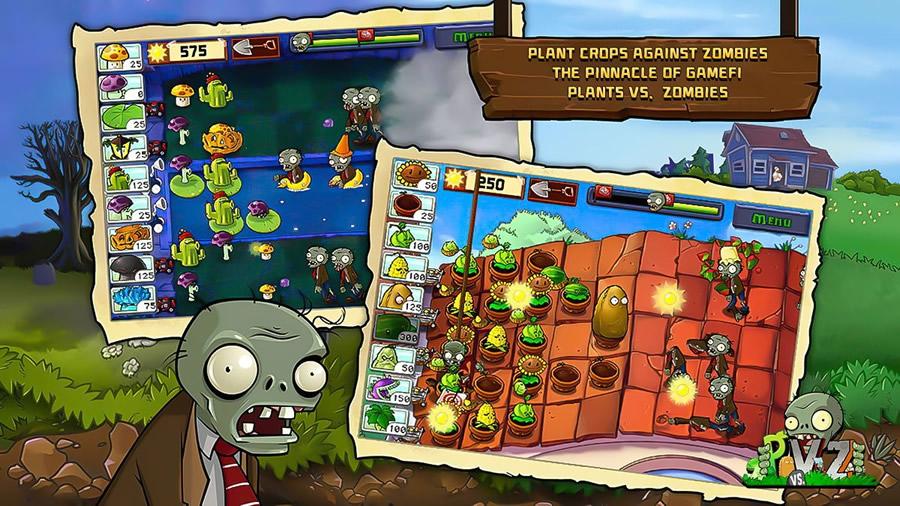 PVZ is a strategic tower defense game based on blockchain technology, which is created by the original team of plants and zombies. Players can quickly and effectively block zombies on the road of invasion by arming a variety of plants to switch different functions in the game. While experiencing the fun of the game, players can obtain relevant NFT through breakthrough, battle and collection card. NFT can circulate freely in the marketplace and earn income. The game is deployed on the coin security smart chain and is compatible with Web3 wallets such as metamask to accept transactions and pay gas fees. Against the background of plant vs. zombie games, PVZ innovates and creates a new aggregation mode of play for truck collection, breakthrough, battle and cultivation, so that players can better start and adapt to the innovative development of PVZ while remembering the classic mode of play.

Most chain game players participate in the game because they "play the game for economic benefits", rather than being attracted by the playability of the game itself. Playability gives birth to game stickiness. On the premise of insufficient playability of the game itself, once the player's income balance and the secondary market are broken, the monotonous and rough production of the game itself is difficult to retain users from playability. Different from other chain games, PVZ keeps up with the pace of the times, takes the global popular IP plants and zombies as the prototype, and innovates and aggregates a variety of playing methods such as truck collection, breakthrough, battle, list playing and cultivation, which greatly makes up for the shortcomings of traditional chain games in terms of playability. According to Xiaobian, there are several ways to play the game at present:

1. Sunshine ranking:
PVZ has a daily ranking list open to any user, ranking according to the total amount of sunshine obtained by users. The top 1000 users will receive generous plant token rewards. These are fixed rewards issued every day to maintain user participation and return rate.

2. PVP battle:
Players fight in the challenge arena. Players need to use three different types of plant NFTs to organize a team. Players and players can challenge. To initiate a challenge, zombie tokens need to be consumed. The winner will receive plant tokens. 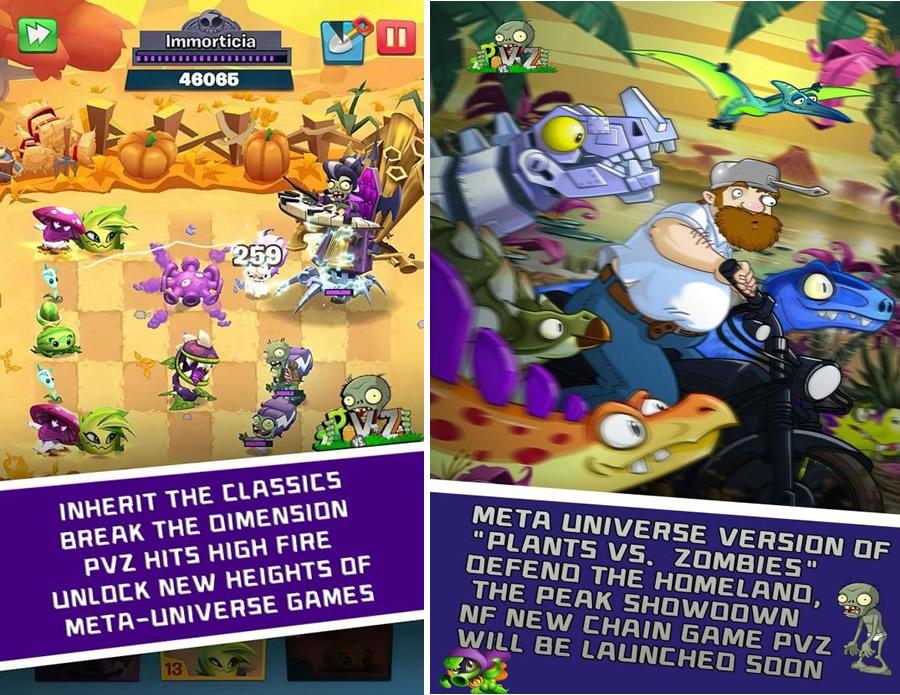 4. NFT training:
Seed NFT cultivation needs to consume plant + BNB. The cultivated NFT plants are random, and you may obtain advanced and rare NFT plants; Upgrade requires two plants with the same level and name NFT + plant + BNB to synthesize. The higher the level, the higher the combat effectiveness and reward rate. 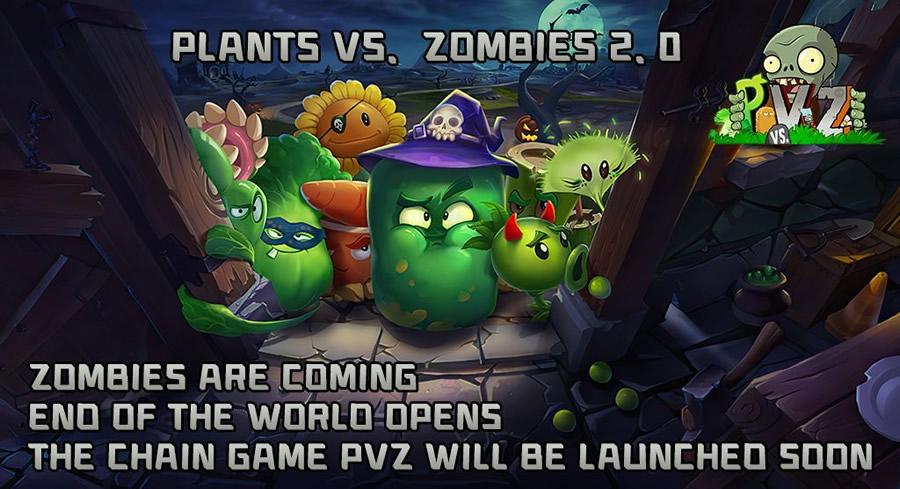 In addition to aggregating a variety of play modes, PVZ also gives players the heaviest surprise. PVZ officially announced that all players from around the world can choose to play for free or buy admission at the initial play. You know, in all previous chain games, there is a threshold for entry. For example, axie needs to buy three axies. This setting of PVZ has undoubtedly attracted countless players from all over the world. The following is the first mock exam of the model:

In order to better serve the majority of players, PVZ provides a free mode, and players do not need any investment to play the game. During the game, users can earn game tokens (zombie).

1. Earn free
When the player successfully passes through the level, he can obtain zombie coin.
When you accumulate enough sunshine, you can conquer the sunshine ranking list and win the plant coin award.

If you want to earn higher income, you need to consume plant tokens and buy NFT plants in the NFT market to participate in the battle. You can earn zombie coin and plant coin during the game. In addition, you can use NFT plants to participate in various special activities to earn more zombie tokens and plant tokens. If you want more, you can upgrade your NFT plants or hone your skills and conquer the sunshine leaderboard. 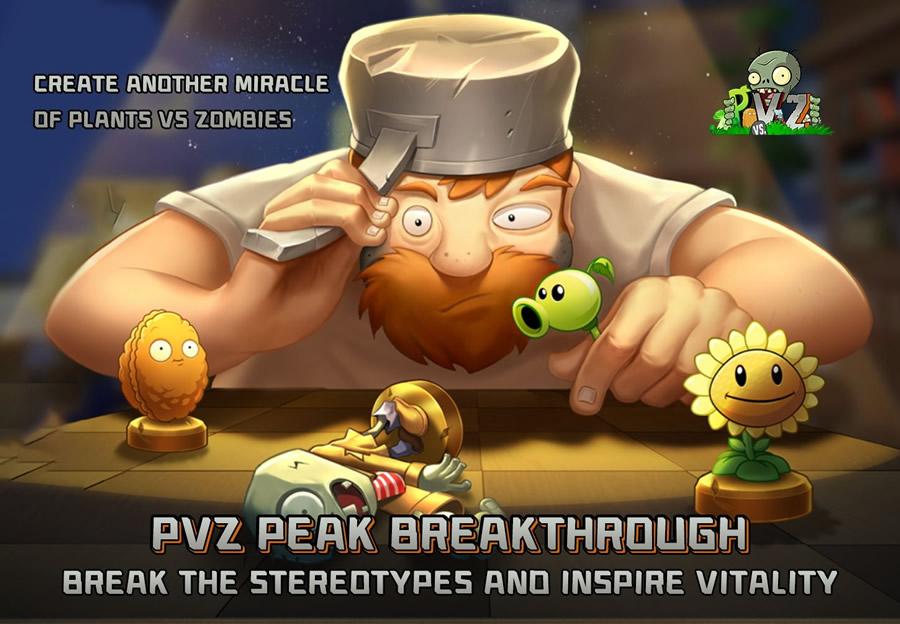 Compared with the huge capital investment when the traditional chain game enters the site, free play is undoubtedly a explosive point that attracts players. In the current chain game situation, more players will choose to wait and see when facing a new chain game, and they are very cautious about entering the site. This leads to the accumulation of initial players of chain game, and there are a large number of potential users. This part of potential users who want to enter but are relatively short of funds is the vitality that is very needed in the later stage of chain game. PVZ broke the rules and opened admission for free. In the initial stage, it can accumulate very high popularity,. Then the game is set up with two kinds of free plants (ordinary players) and NFT plants (krypton gold players), which are also different in terms of earning strength and playing content (which can be compared to the "membership system" in society) ）。 This setting allows more players who want to earn income to invest money after experiencing the game, which greatly gives players a sense of investment security, thus solving the problem of insufficient popularity in the initial stage.

Objectively speaking, PVZ, as a chain game to be launched soon, has high playability and potential income. However, as a chain game, how much players invest and trade still affects the market development, and how the subsequent market can not be predicted. Xiaobian also hopes that with the entry of players, PVZ can stabilize the market and develop gradually, so as to live up to such a super IP.

If you are interested in PVZ, you can go to the official website to learn more specific playing methods. You are also welcome to actively explore. Innovation is the driving force for the sustainable development of chain game.